Mixed Up was the last Cure album that I purchased. I was never particularly excited about it. I mean, a remix album? Of a post-punk or alt-rock band? Why? But in truth, it is an interesting prospect, especially with some of the re-recordings and the presence of a new song, "Never Enough". And as the latest edition of the protracted reissue series by the Cure, there's now even more material with which to debate the relative merits of the album.

The Cure had always described Mixed Up as a way to lighten up, take a break, and do something fun after the doom and gloom of Disintegration and the long, intense Prayer tour that followed. They may have succeeded, and certainly much of the album is upbeat, but the irony is that all four of the singles from Disintegration appeared in some version of Mixed Up. "Never Enough" might be fairly uptempo, but the truth is that the Cure have always had a dark side and a light side, and Mixed Up just continued to demonstrate the myriad ways that the band intermingled their dichotomies. The full triple-disc reissue offers plenty more of both old and new remixes, and I will proceed to break down the contents. 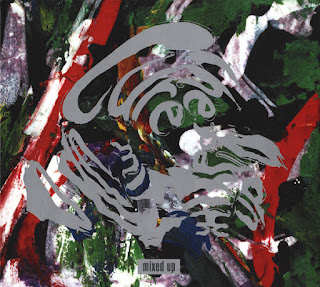 The original album was dominated by the Disintegration remixes. Three of them, "Lullaby", "Fascination Street", and "Lovesong", are simply the extended 12" versions. All three are perfectly fine, but don't offer substantially more than the original versions other than just being longer. "Pictures of You", however, is instead the slightly more obscure "Extended Dub Mix", originally labeled the "Strange Mix", a proper remix featuring a new arrangement of the bass and drums. It's not an improvement over the original per se, but it does successfully change the feel of the song.

The first two singles from Mixed Up are unsurprisingly probably the most successful tracks. "Never Enough" is the only new song, an ironically guitar-heavy affair. It's a little over the top, but it's a decent song that seems like a radical departure from anything on Disintegration. The "Big Mix" seems like less of a remix than just the full, unedited version of the recording. "Close to Me [Closer Mix]" mostly just features a baggy drum beat, and for some reason it works better than I would've guessed.

The third single, "A Forest [Tree Mix]", was apparently a re-recording. The multitracks for that and "The Walk" couldn't be found, so both were entirely remade for this album. Both are more direct and aggressive that the originals. "A Forest" has new guitar parts and effects, and "The Walk [Everything Mix]" has more modern synth sounds and a faster-paced drum machine.

The remaining tracks from the original album are the least impressive. "Hot Hot Hot!!! [Extended Mix]" was never a great song to begin with, just an absurd funk workout. This mix is the same version from the 12" single from 1988 and there isn't much more to it. "The Caterpillar [Flicker Mix]" and "Inbetween Days [Shiver Mix]" are both proper new remixes, but neither really works. "The Caterpillar" is sparse, spacey, and weird. "Inbetween Days" has new drums, electronics, and even some more guitar and bass. It takes the song in a much different direction that loses most of the pure but confused joy of the original. 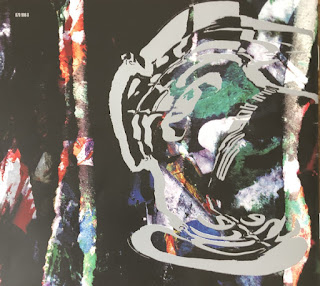 One remix from the original double vinyl/cassette release of Mixed Up has never appeared on the CD versions. The original excuse was that it exceeded the 74-minute limit of the time, but now that the limit is upwards of 80 minutes, the excuse no longer holds. However, the band at least put "Why Can't I Be You? [Extended Mix]" on the second disc, Mixed Up Extras: Remixes 1982-1990. That said, it's another song that I was never fond of in the first place, and the remix is overlong and tedious. It too was taken straight from the original 12" single in 1987.

Most of the second disc is focused on collecting these assorted 12" remixes, which was supposedly one of the original motivating factors behind the original release. Now that the band has finally followed through with that, it makes for quite a nice collector's piece. "Let's Go to Bed [Extended Mix]" and "Just One Kiss [Extended Mix]" are decent early 80s mixes that are pleasant if unexciting. "Close to Me [Extended Mix]" is a highlight if for no other reason than the big brass section solo by Rent Party. "Boys Don't Cry [New Voice Club Mix]" is a bit of an overlooked obscurity. With vocals resung by Smith in 1986, it's a weird blend of old and new. "A Japanese Dream [12" Remix]", originally the 12" b-side to "Why Can't I Be You?", is another highlight. It's nothing dramatically different, and yet there is something exciting in both its energy and the relative rarity of the track itself. "Pictures of You [Extended Mix]" is the "other" original 12" single version. It's only barely longer than the album version, but the structure and arrangement are slightly different. However, it is still quite straightforward in comparison to the "Strange Mix".

The last four tracks from the second disc are b-sides from the remix singles and an actual outtake. None are labeled as re-recordings, but the older songs sound like they could be, especially considering that other "remixes" of early tracks were. "Let's Go to Bed [Milk Mix]", originally the 12" b-side of "Never Enough", is much more electronic and dance-oriented. It's actually a compelling arrangement. "Just Like Heaven [Dizzy Mix]", originally a b-side of the "Close to Me" remix single (and later on Join the Dots from 2004), is oddly short for a remix and rather unexciting. It has different drums that sap its energy and a stereotypical breakdown. "Primary [Red Mix]", the 12" b-side from the same single, is more interesting. It's an aggressive remix with heavy guitars and a very different sound from the original. "The Lovecats [TC & Benny Mix]" is an obscure track that once appeared on the online-only Greatest Hits Rarities in 2001. In addition to the peppy percussion, it features a jarring distorted guitar part.

Oddly, three of the historical 12" remixes are still missing from this reissue: "Primary", "The Lovecats", and "Inbetween Days". The liner notes claim they will be available digitally, but so far this has not borne out to be true. However, these were the three weakest remixes the band ever released, so this isn't exactly a big loss. There are also a ton of 7" mixes that have never been assembled in one place, but most are barely different than the album versions, and many are on Galore (1997) and Greatest Hits (2001). Several other interesting remixes released on Join the Dots have also not been reproduced here (which is fine): "Icing Sugar [Remix]", "Hey You!!! [12" Extended Remix]", and "How Beautiful You Are [Remix]". "Harold and Joe", a new song released as a b-side of "Never Enough", was also collected there. Also missing, of course, are any remixes from Wish (1992) or thereafter. And what happened to "Let's Go to Bed [12" Duke Remix]", the other obscure, largely unexplained remix from Greatest Hits Rarities? 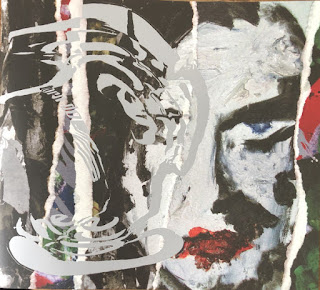 The third disc, Torn Down, is a collection of new remixes by Robert Smith. The originally announced plan was to have other artists remix the Cure's songs, but that was scrapped for unknown reasons. Smith's arbitrary restrictions were to choose one song per "album" (defined loosely) and to generally keep the song structures and lyrics intact. That doesn't leave a lot left to work with. However, Smith mentioned finding unused elements that didn't make it to the final mixes that he tried to work in. He also (almost across the board) redid the drums to sound more modern and added various forms of electronics.

The disc starts quite strongly. The first four tracks are all substantial departures from the original recordings. One again wonders if they were actually re-recordings, considering the reasons cited for why other early tracks were re-recorded for Mixed Up. However, the liner notes deny that. In any case, these versions sound contemporary without being cheesy or overdone. They blend the updated drums and electronics with creative reuse of the original elements. "The Drowning Man [Bright Birds Mix]" is a rare case where the remix is actually markedly better than the original. It feels like the logical conclusion of where the song was going. It sounds grand, dark, dreamy, and beautiful.

After that, though, the quality starts to decline. Few of the remixes offer any improvements over the originals. "Just One Kiss [Remember Mix]", "Like Cockatoos [Lonely in the Rain Mix]", and (surprisingly) "Want [Time Mix]" are the only ones that get interesting, but even those still aren't better than the originals. Most are just slightly different seemingly for the sake of being different. That isn't always bad, but in almost every case, it's a downgrade. "A Night Like This [Hello Goodbye Mix]" sounds dated and silly. "Plainsong [Edge of the World Mix]" is more relaxed, but without the epic scope of the original, it looses something. "Cut Here [If Only Mix]", clearly an important and personal song for Smith, is the epitome of a remix done simply for the sake of doing a remix. There are plenty of subtle differences in the mix, but every single one is a downgrade.

The original album was always a mixed bag, which is usually the case with remixes and remix albums. Mixed Up feels like an aberration for the band, but that's exactly what makes it interesting. It doesn't quite succeed in being an enjoyable listen from start to finish, but at least the interesting ideas slightly outweigh the embarrassing parts. Mixed Up Extras: Remixes 1982-1990 actually makes for a marginally more satisfying listen because the average quality ended up being higher. Torn Down is the other way around: a few tracks succeed with flying colors, but most fall flat. The high points of the whole package still manage to make it worth it for a dedicated fan, but no casual listener will be interested in sorting through so many second-rate remixes to find the gems.

I could've sworn Primary (Red Mix) and Let's Go To Bed (Milk Mix) were both on the original Mixed Up cassette but I checked Discogs and can't find any indication of that.. They must've appeared somehow, I already knew them and thought of them as part of this album and I only had the cassette... odd...

Interesting, I've only ever found evidence of "Why Can't I Be You" on the cassette and vinyl editions.