As should probably be no surprise, considering how many times I've written about The Smashing Pumpkins before, I've been buying their ridiculous reissues and eating them up. Each time, I get high hopes for the live DVDs that accompany them, only to get frustrated each time by certain glaring flaws. 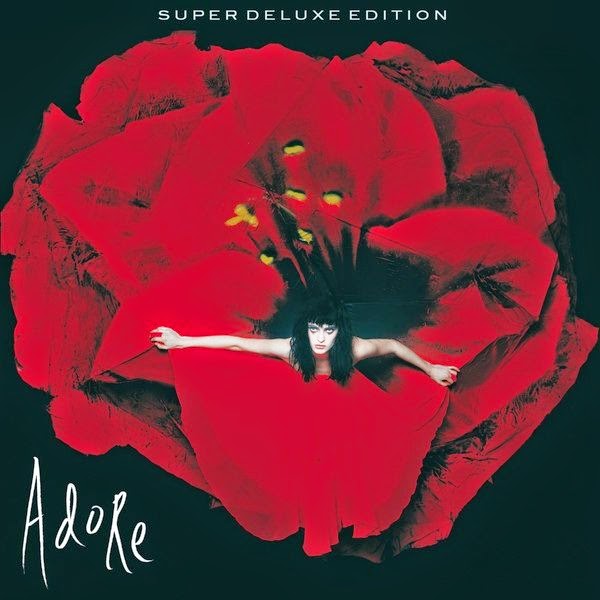 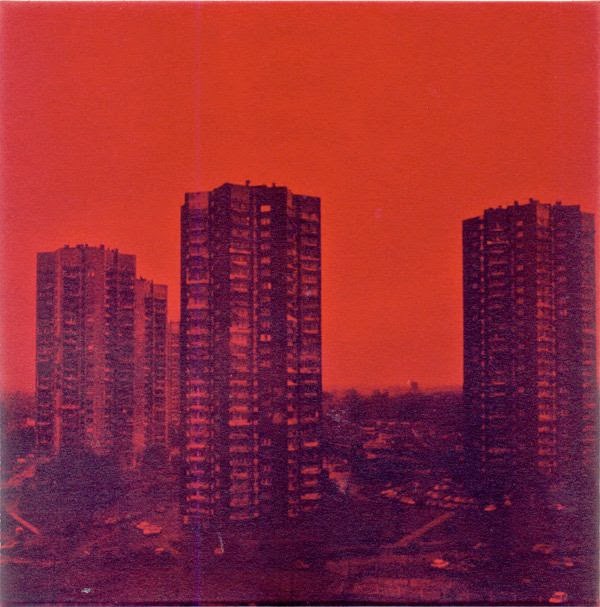 [The DVD insert. For a moment I thought these might be the same buildings on the cover of Wilco's Yankee Hotel Foxtrot.]

The Adore era tours have always been special because no other part of The Smashing Pumpkins' career has ever tried to do something remotely similar. Drummer Jimmy Chamberlin was temporarily out of the band, in his place were three live percussionists, Mike Garson joined on keyboards, the band mostly played Adore material and skipped anything before Mellon Collie, almost every song was performed in an extended and dramatic fashion, and all the proceeds of the US tour were donated to local charities. In contemporaneous interviews, Billy Corgan admitted that the album was largely written and performed just by himself, but stated that the live show was a more inclusive, democratic band effort. It's hard to know if that really is true, but the concerts certainly sound different than the album.

The setlist contains every track from Adore except the primarily electronic songs "Daphne Descends" and "Appels + Oranjes" and the forgettable, brief "17". The first two were played at other dates, and while "17" was never played live, it is widely considered to be derived from the rarity "Blissed and Gone", which was played live on a few dates of the tour, but sadly not this one. Otherwise, the setlist contains three songs from Mellon Collie and a hyperextended closing jam in the form of a cover of "Transmission" (instead of the band's traditional closer, "Silverfuck"). Also sadly, "Let Me Give the World to You", an excellent unreleased outtake played many times on the tour, was not played on this date, and nor was the full-band rearrangement of "Stumbleine". Saddest of all is that "1979", despite being played live at this show (see here for details and here for the bootleg recording of the radio broadcast), is not included for unspecified reasons.

In general, the performances are excellent, with only two exceptions. One is the dismembered version of "Bullet with Butterfly Wings", which is mostly a heavy jam that doesn't go anywhere and offers no surprises. If the anger of the original version was already on the line of being over the top, this arrangement just feels futile. Maybe that's the point, but for a ten minute song (if you include the drum solo), it really drags. Second is the aforementioned "Transmission", which features a few great elements and many, many vapid sections. Some nights of the tour, the jam would turn out great. Other nights, such as this one, start out well enough and then end up falling apart. Corgan starts to tell a story but loses the thread, he hoists audience members on stage to take the band's instruments when he gets bored, and the music just doesn't hold together. If only the whole twenty-five minutes of the song were as good as the first five or ten.

But otherwise, the best part about this tour and this particular recording is that the band manages to take a carefully crafted, electro-acoustic, dour, heavy album with themes of loss and death and turn it into something more direct, electric, large-scale, and powerful. Adore might be my favorite Pumpkins record, the one where the band's maturity, style, and melody reached a clear apex, but the live shows have entranced me even more ever since my sister gave me a bootleg of their Houston gig. These performances are part of the reason why "Thru the Eyes of Ruby" might still be my favorite song of all time. It was the moment the band realized they could be more than a rock band, but still rock. The track lengths might carry on close to ten minutes a little too often, but the music manages to be simultaneously graceful, heavy, unusual, and elegant all at once.

So what's my real complaint? My setlist squabbles mentioned above are but a trifle, and a few duds in the setlist is no crime. The more serious problem is the mix. This isn't my first time complaining about a Smashing Pumpkins DVD mix, and if I were to review each of the reissue bonus DVDs, I'd be making the same complaints every time. It's like the band was just Billy and drums, and in this case, some keyboards, too. But where you might think that three drummers means a really dense percussion mix, you'd be wrong. Only the primary drummer, Kenny Aronoff, can be heard in the mix. Additional percussionists Stephen Hodges and Dan Morris only occasionally contribute to the sound output despite performing just as often. They rarely appear in the camera shot, but most of the times they do, you simply cannot hear what you can see they are playing.

Even worse is the case with James Iha and D'arcy Wretzky. Iha's guitar is mixed so low in most songs that his parts are rendered useless. In several songs ("Behold! The Night Mare", for example), the camera will show Iha playing a guitar solo, but you wouldn't even know it otherwise, because it is mixed so low that Corgan's absurdly loud rhythm guitar drowns it out. His parts do turn up in a few songs, such as "Thru the Eyes of Ruby", but more often than not, you wouldn't even know he was there.

Similarly, D'arcy might as well have not been on stage that night. It is far from uncommon in rock music that the bass is mixed annoyingly low, but D'arcy's bass is so low as to be simply not present. Rarely are her parts even audible. Even in songs like "Ava Adore" and "Pug", which are ostensibly centered around the bass parts, her bass is practically mute. D'arcy frequently sang backing vocals live, but the only time you would know it from this DVD is on a brief segment of "For Martha", where her vocals are suddenly mixed almost as loud as Corgan's. Iha, too, is given the silent treatment; he sang backing vocals less frequently, but he is nearly inaudible the entire time.

Whoever made this decision had to realize how bizarre and artificial this is. Musicians can be seen playing instruments and singing into microphones, yet Corgan's blazingly loud guitar render them inaudible. Bootlegs from the same era do not suffer these mixing problems and are correspondingly superior. Was Bjorn Thorsrud, the credited audio mixer, at fault, or was this done at Billy's instigation? Presumably, this rather expensive "super deluxe" reissue is only aimed at the hardcore fan, but is it not reasonable to expect that a large number of these same fans would recognize these mix alterations? I'll admit the visual presentation is welcome, but if I'm going to listen to a live concert recording from the band, I'll still be sticking to my bootlegs.

P.S. Make no mistake, all of the DVDs in the current deluxe reissue series suffer the same flaws. This one may have been the most egregious and obvious, but they are all mixed in a frustratingly revisionist manner. 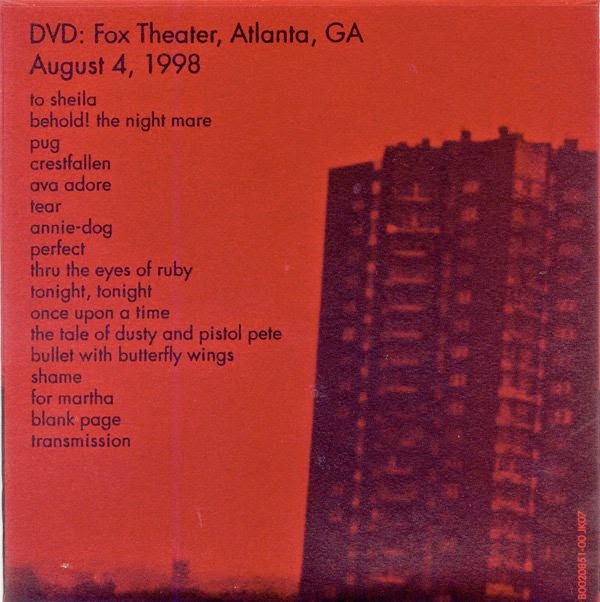 Hi Patrick, thanks for the great review of the Adore box set DVD. I have a question that you might be able to help with, and that is can you tell if the DVD is region coded? I've been looking all over the place trying to find out and have had no luck, and the best prices are from stores that deal with imports.
Thanks.

@Brian, it appears that the DVD is region-free. It isn't labeled or specified anywhere, but my playback software (VLC) reports a region mask of 0x00000000. Looks like you won't have any trouble!