I inherited an interest in Krautrock and Kosmische Musik in the good old fashioned way: through my dad's Kraftwerk records and an older friend in college that lent me his Neu! collection. I eventually started picking up remastered Can CDs, and when I left the USA to live in Germany for a year, I decided I would make a habit of digging through record stores in search of treasured old German albums. With great persistence, I managed to find a good batch of Neue Deutsche Welle albums, but I actually had a very hard time finding Krautrock records. It turns out those albums usually have complicated histories of limited pressings by various labels, authorized or otherwise, and they always sell at high prices. The only exceptions were La Düsseldorf, whose incredible first two albums I found at cheap prices, and Wolfgang Riechmann, whose lone album was a lucky find. 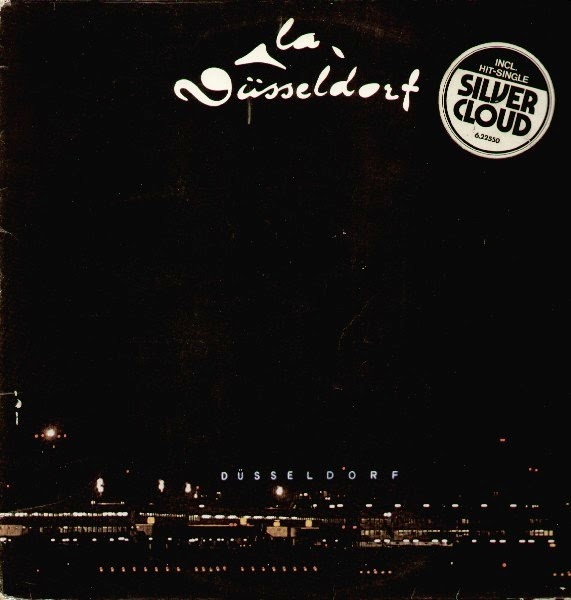 I continued my search upon return to the States. I started finding expensive Faust and AmonDüül I/II reissues, and with the income of a full-time job, I could finally actually afford them. Somewhere along this process, I started to hear about Julian Cope's Krautrocksampler, supposedly the premier source of information on these bands and others. I knew Cope well from The Teardrop Explodes, an excellent post-punk band, so it was believable that he could be an authority. However, the book was long out of print and impossible to find, just like most of the records. At one point, a bartender overheard me talking about it and claimed that he'd just sold his copy for a couple hundred dollars. This was the stuff of myths – again, much like the records.

Eventually I managed to acquire a copy. It's actually a rather slender book of only nine chapters and about 140 pages. It's also very poorly edited, rather poorly written, questionably accurate, and highly subjective. That doesn't make it a worthless book, but I was quite disappointed by the lack of an attempt to be balanced, objective, thorough, methodical, consistent, or comprehensive. If you manage not to worry about those things, and somehow excuse the occasional ableist language, it's at best a mildly enjoyable read, mostly because Cope lets it play out more like a fabled story instead of a historical document.

The book starts off with some background information covering the roots of Krautrock, such as the 60s student riots, The Monks, leftist politics, Karlheinz Stockhausen, the commune movement, Yoko Ono, and a general desire to make new music that wasn't just rooted in Anglo-American rock music. But after the comparatively well-written, organized, and thoughtful first two chapters, the remaining seven are each dedicated to a particularly notable band or two. These chapters are dominated by Cope's overwhelming predilections for storytelling and hyperbolizing, which prevent the narrative from getting sidetracked into things as trivial as facts. His language gets even more casual and excited to the point that it becomes hard to trust his opinions. (Example: "It's hard to feel spiritually satisfied by Neu 2 but it is truly pretty fucking good.") While such nontraditional descriptions of music can sometimes be clever and enlightening, they often leave you wondering just how subjective those experiences are. 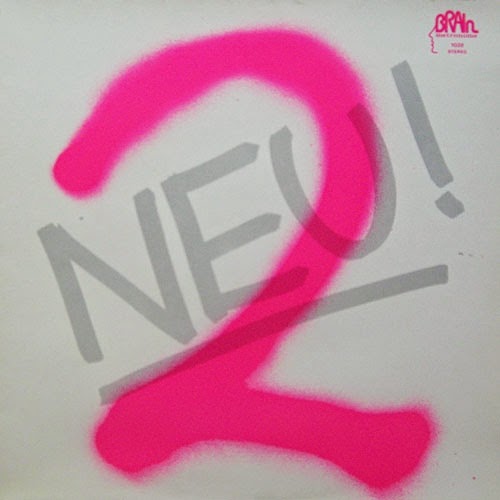 While the sections on Neu! and Can are mostly reasonable, the section on Faust has been hotly contested, and the Amon Düül section lacks any great insight. The book really veers into total mythic territory for the sections about Ash Ra Tempel and the Cosmic Couriers. There might be some truth to the wild tales of Rolf-Ulrich Kaiser and his mostly unwitting gang, but the whole thing is hard to take seriously, especially since Cope is so fanboyishly fond of the Cosmic Jokers albums. These albums may have had their moments, but they were constructed under questionable circumstances and sound quite dated and indulgent today.

The last fifty pages of the book take the form of an appendix of Cope's top 50 Krautrock albums, reviews of these albums, and several prints of album sleeves. Some of this content is great to have, but most is rather trite. In particular, his choice of the best albums of the genre is very strangely distributed. He generally selects the first three or four albums by his favorite bands, along with everything related to the Cosmic Couriers. But why exactly is Amon Düül II's Tanz der Lemminge excluded? Where did Moebius and Plank's Rastakrautpasta (1980) come from, if almost everything else on the list is circa 1969 – 1975? There are also albums like Guru Guru's UFO and Klaus Schulze's Cyborg that were hardly mentioned in the primary text. (The Guru Guru choice is especially questionable, since their next few albums after UFO are actually better.) It's also incongruous that several albums by Popol Vuh are in the Top 50 when they were largely ignored elsewhere in the book. And considering Cope's tastes, it's certainly odd that Agitation Free are only mentioned in a tiny extra blurb on the very last page of the second edition. 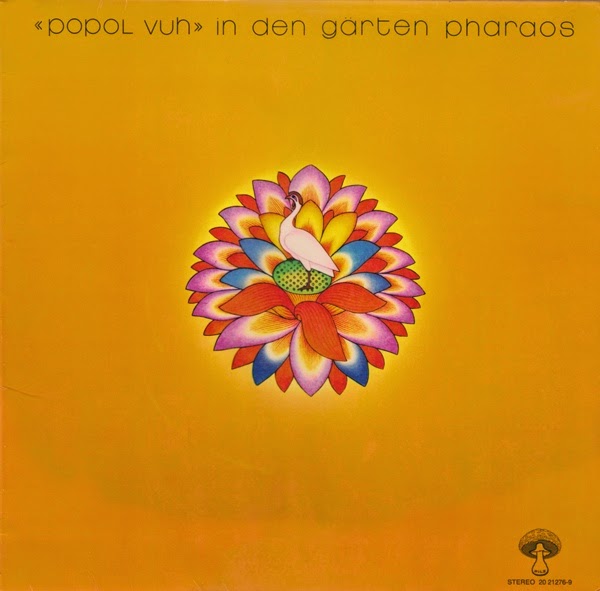 Cope is allowed to have his own preferences, but he does a disservice to his work by lacking consistency and failing to even mention countless other bands that were part of the same movements. He clearly downplays the influence of Kraftwerk (only listing their practically forgotten 1970 debut album in his Top 50), despite that they are probably the only Krautrock band in the mainstream consciousness (although in fairness there is plenty of information about them elsewhere). He might also be right to dismiss bands like Jane (too hard rock) and Embryo (too jazz fusion), but what about bands like Annexus Quam, Hoelderlin, Paternoster, Xhol Caravan, Grobschnitt, or Kraan, to name just a few? These bands might be second-rate to the bigger names he does cover, but it is inaccurate to pretend that there were only a few players on the scene(s).

The final straw for this book is the number of typos and mistranslations. Many, many German words are misspelled, and it is clear that no one fluent in German ever proofread the book. "Aufspielen" means "strike up", not "speak out", and "Gelt" should be "Geld", and it means "money", not "gold"! How is it that these errors still made it to the second edition? Mistakes like these only further reduce Cope's legitimacy and reinforce the notion that his perspective is that of an outsider.

Supposedly, Cope has not reprinted the book in many years because he admitted there were too many factual errors and realized there were greater authorities on the subject. While I think Cope is right, unfortunately, most of the existing literature suffers similar faults. There don't even seem to be any remotely comprehensive German-language works on the relevant movements. (I'd love to be proven wrong.) Compared to Cope's book, Krautrock: Cosmic Rock and Its Legacy (2010; edited by Nikos Kotsopoulos) seems similarly short and incomplete, and the relatively new Future Days (2014) by David Stubbs also seems heavily opinionated, just with a different set of biases (see here and here for reviews). The best-looking publication might be The Crack in the Cosmic Egg, first published 1996 as a book and later as a CD-ROM. It seems to aim to be the most comprehensive guide, but judging by the "light" version freely available online, it lacks a certain amount of critical analysis. It's also worth remembering that AllMusic, discogs.com, and Wikipedia (especially if you read German) generally have a lot of this information, too, along with the scanned album sleeves.

For better or worse, Krautrocksampler is still considered the most important resource on the subject, probably just because it got there first. If Cope opened the door, then I'm thankful for it, but his work cannot be considered authoritative or definitive. While the upbeat and enthusiastic tone gives the book an encouraging rush of energy, the poor language and many typos and errors render the book ineffectual and unsatisfying. He does cover a lot of great music, so I would hate to think that the low quality of the book would reflect negatively upon the subject matter. Seek out these bands, but follow some other guide.

P.S. Next up: a post about the terminology and scope of Krautrock and Kosmische Musik, along with a few opinions of my own on the bands in question. 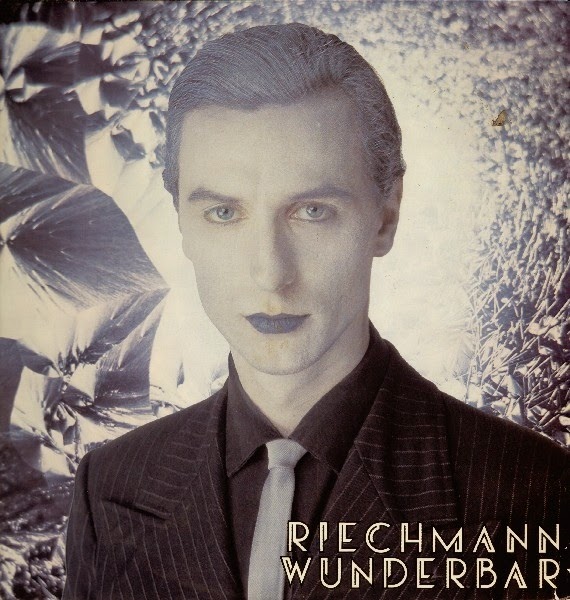 At least in the USA, I think Kraftwerk is probably the most famous, whichever phase you look at. Can might be a contender, too. Birth Control were barely on my radar but I should take a closer look. Thanks for the suggestion!