The first band I ever saw in concert was the Faint. I saw them in Lawrence, Kansas during their last tour four years ago. Beep Beep opened (and TV on the Radio played on every other night of the tour) and I remember really digging the show. Well, opportunity came knocking and I just saw them a second time. I bought my ticket for their show in Columbia before they announced shows in either of my hometowns (Kansas City and St. Louis), but now they have scheduled gigs in both places in December. Regardless, I got to see a pretty special night in Columbia (and I might see them yet again).

The first opening act was Haii Usagi, a local Columbia duo that played a half-hour set of electronic music. It reminded me of Air's Moon Safari minus some of the layers, but a bit rockier and harder, with more active drums. One guy just played keyboards and used a laptop to add some samples in; the other guy faced him and sat on a drumset that had a keyboard where the tom-toms should have been. He usually just drummed, but on several songs he played some keyboard bits, sometimes using one hand to drum and one to hit the keys. I thought they totally rocked; I bought their handmade album after the show for just five dollars. You can't argue with that – and the album is great. Look them up on Myspace or something.

The next opener was The Show Is the Rainbow, a self-proclaimed one-man-show from Nebraska (although a friend played drums). The music was mostly pre-recorded, played off of a laptop, but the main guy did play a few guitar lines. He mostly just sang and danced around. He was incredibly energetic and active, jumping in the audience on almost every song and even crowd-surfing a couple times. Each song also had a video accompaniment, which were usually fairly lo-fi animations that sort of went along with his lyrical content. The mix wasn't very good, so I wasn't all that impressed with the actual tunes, but the energy kept it interesting and made for an exhilarating performance. After the show, he gave me a sampler from his record label with a few of his songs on it, and with the advantage of the studio, his songs sound much better. He's pretty cool. If you're already on Myspace checking out Haii Usagi, check out The Show Is the Rainbow, too.

After The Show Is the Rainbow's 40-minute set and then a half-hour wait or so, the Faint hit the stage at about 10:00. Lead singer Todd Fink came out in a scientist's white lab coat and goggles. The band immediately rushed into "Agenda Suicide" from Danse Macabre (2001), with a projector playing the music video in the background. The band appeared quite into their performance; they all danced in their little areas, with synthesist Jacob Thiele bending around especially much while still hitting his keyboard notes. Todd occasionally also played on a little synthesizer, and either he or Jacob ran the samples that they couldn't replicate otherwise. I prefer when bands do everything they can to keep things live, but they did a good job not relying on samples too much. 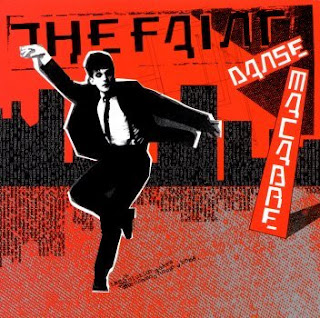 I was impressed with the amount of parts that they did on guitars. Dapose handled most of the guitar and Joel Peterson the bass, but on several songs, mostly the new ones, they switched instruments. On "Machine in the Ghost" Dapose added extra synth parts and Joel did guitar, and on "The Geeks Were Right" both played guitar. Clark Baechle handled the live drums well, covering even the parts that on record must be electronic. During the whole show, the projector was on, but it mostly kept to abstract two-tone images, often of the band members.

Generally speaking, I was really pleased with their setlist, especially "Take Me to the Hospital", which was only released on a compilation from their former label, Saddle Creek. The song is great but something of a rarity; I was hoping they'd play it at the last show of theirs I caught, so I consider myself lucky that they did it this time. "In Concert" (from 1999's Black-Wave Arcade) was a special treat, and "Worked Up So Sexual" (from the same album) and "I Disappear" (the single from 2004's Wet from Birth) elicited a huge crowd response. "The Conductor" was a particularly energetic and riveting performance with some awesome guitar work from Dapose. They did a good job of picking the best of their back catalog and playing the better half of their new album, Fasciinatiion (2008). I would have liked to hear "A Battle Hymn for Children" off the new album or maybe "Call Call" or "Let the Poison Spill from Your Throat" from the older ones, but what they did do was excellent. 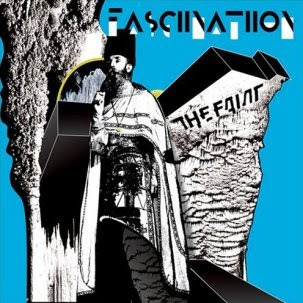 They didn't experiment with their sound much, but some of the synth tones were different than on record. The guitar and bass parts were great; I was impressed by several of them, particularly the metallic-sounding rhythm guitar in the bridges of "Forever Growing Centipedes". Several songs featured Dapose or Jacob on processed, robotic backing vocals (like for the "like a cast shadow" line in "Agenda Suicide"). Todd used the processed mic for the verses of "The Conductor" and "Mirror Error".

The mix was good and the audience was really enjoying the show. The venue seats over 800, and although it wasn't sold out, it was nearly full. The floor was filled with people moving to the beat, and even on the balcony people were dancing to the music. It was a fun night.

After about an hour, the band left the stage, but they quickly returned for a short encore. "Birth" was particularly rocking, but "Glass Danse" was even better and the audience loved it. Todd thanked us, and Joel told us to vote for Obama before everyone left the stage.

The Faint rock. Go see them and dance your head off – and enjoy the opening acts, too.

Score: A-
[Retrospective Score for Haii Usagi: A+

Retrospective Score for The Show Is the Rainbow: B-]
Posted by Patti at 3:23 PM

Years ago (the early oughts) I saw the Faint in the Sokol Underground in Omaha. Later, when they were bigger, I saw them upstairs in the Sokol Auditorium. That must have been when they knew they made it. I think I also saw them in the Bottleneck in Lawrence. All three of those were after Danse Macabre came out, they were all packed with super enthusiastic dancing fans. In 07 I saw them at the Showbox in Seattle with Ratatat. No longer my cup o' tea - now they're more teeny-emo, at least in the crowds they attract. Those Midwestern early oughts were really the heyday....

I really wish I had been old enough (or whatever the reason was I couldn't go) to see them around the Danse Macabre years, because I remember you and Shannon talking about that Lawrence show.

I agree that the audience has probably changed some. I feel like the last two albums aren't as sophisticated or intelligent as the two before them, but regardless, plenty of people still dance and the crowds aren't totally hopeless. I'm probably going with a bunch of friends to their December St. Louis show, so hopefully that'll rock.