As promised, here is the second concert I went to while in Chicago:

Originally, Nick Cave & the Bad Seeds were scheduled to play just one show in Chicago: this one. Me and some friends got our tickets right away, which was quite to our luck as the show sold out. At some point, though, they added another show the night before. That one didn't sell out, but that's the one all the local reviewers went to.

Anyway, the show started at 8:00, opening with the Black Diamond Heavies. For being a two-piece (just a drummer and a keyboardist/vocalist), they kept the volume and intensity pretty high. The keyboardist had a few guitar pedals to make his tones a bit fuller and more distorted, but they sure pulled off a heavy, thick sound for only two instruments. They kept it up for about 45 minutes. I wasn't too into it, but it was an appropriate introduction for the more multilayered but fairly intense headliner.

Nick Cave & the Bad Seeds hit the stage around 9:15 and rolled right into a couple songs off the new album, Dig, Lazarus, Dig!!! Although the sound was a bit muddled for the first few tracks, I thought their take on the title track was great. The song rocked a bit more than the studio version and felt a bit looser (which worked to its advantage). The backing vocals (coming from just about every member of the band) sounded particularly good. 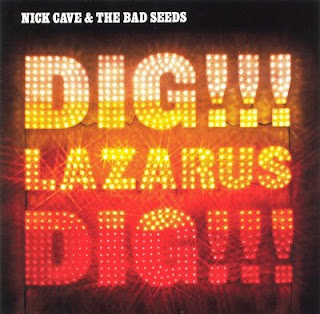 Sadly, their performance of "Tupelo" was subpar, and while the music to "The Weeping Song" was fine, Nick Cave forewent the normal duet nature of the vocals. In the studio version, former member Blixa Bargeld (also known for being the frontman of Einstürzende Neubauten) did a fantastic job of trading verses with Cave. With Blixa being sadly absent (which is quite a shame, considering how well he'd fit with the noisier tendencies of the last two albums), I was hoping one of the other members would pick up the part, but Cave just did it himself. 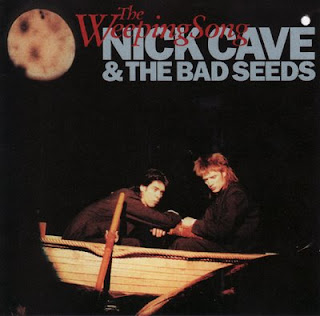 In any case, "Red Right Hand" was performed extremely well; the band was tight and Cave slinked around the front of the stage while delivering the lyrics. On the whole, the song selection was pretty good; they picked plenty of songs scattered throughout the band's long career. I'm still not too familiar with the new album, which is naturally where many of the songs came from, but I was quite surprised that they picked just one song from their previous album, the double-CD Abattoir Blues / The Lyre of Orpheus (2004).

The band performed the material well, and Cave definitely kept command over the audience, but it felt like something was just a little bit off. I think that after Cave formed Grinderman (a band composed of himself and three of the other Bad Seeds) and recorded a raw, noisy album with them, he wanted to bring some of that intensity and power back to his main band. Considering that the Bad Seeds started as a fairly raucous post-punk band that grew out of the ashes of The Birthday Party, an even noisier No Wave band, maybe it shouldn't be too much of a surprise that Cave and the Seeds are going strongly in that direction. However, that's overlooking several albums in the 90s and 00s where Cave started playing keyboard more and more, Warren Ellis joined the band to provide violin (and later, mandolin, flute, and other instruments), and the general tone of the band became more personal, softer, and less harsh. These are some of Cave's most beautiful works (especially The Boatman's Call (1997) and No More Shall We Part (2001)). One of my co-attendees likes to differentiate between "Old Testament" Nick Cave and "New Testament" Nick Cave. 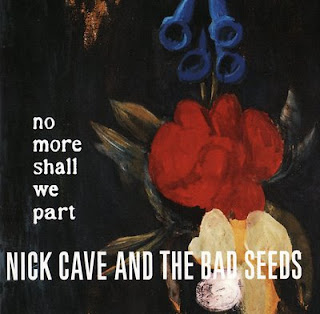 It is perhaps because of that shift that Bargeld had left the band: his experimental/noise background and spooky guitar tones (and voice) didn't mesh well with the softer sound, but ironically, right as he left, the band created Abattoir Blues / The Lyre of Orpheus, which sounded a lot punkier that anything they'd done in ten years. The Grinderman album saw Ellis move from making traditional, sweet violin sounds to acting as a sample-master while distorting his violin into incredible feedback and noise, and that's only continued onto the new Bad Seeds album, where he also plays electric mandolin and tenor guitar. Live, he took things yet another step farther. He now looks like a wild pariah hippie Jesus, he leaps and lunges around onstage, and he distorts all his instruments to the point that I think he was covering some of the parts that are normally done on electric guitar. Oddly, Ellis' role has become most like what Blixa's once had been (and certainly what Blixa's role is in Einstürzende Neubauten!), but he now seems to play one of the most important roles in the band, acting as a background (and foreground) noisemaker and a key rhythm and lead player.

The point of this long divergence will come clear in a second. The other change Grinderman brought about was Nick Cave picking up the electric guitar. On Dig, Lazarus, Dig!!!, Cave still mostly plays keyboards, but live he played keyboard on just a couple songs (notably, "God Is in the House" and the solo in "Red Right Hand"). Mostly he just thrashed on his guitar or just strutted around while singing. The problem that I mentioned before I think is rooted here. All of Ellis' noise and Cave's messy guitar means that the band rocks quite a bit, but what they've gained in rocking they've lost in texture and intricacy. The band actually has two keyboardists right now (not counting Cave nor Ellis' and guitarist Mick Harvey's occasional contributions to the same instrument), but one, James Johnston, barely plays on the new album and isn't with the band on tour. The other, Conway Savage, just does handclaps and backing vocals on the album, and although he did perform live, there were a few songs where he walked off stage or sat on the side, and many were he just played auxiliary percussion. When he actually was playing keyboards, he was often entirely drowned out.

For most of the material, the main things coming through the PA were Cave's voice and Ellis' various parts. Harvey's guitar was often slightly audible, but if both him and Cave were playing guitar, one was always drowning out the other. Martyn P. Casey's bass was there if I looked for it, and the drums were there, but since there are two drummers (Thomas Wydler and Jim Sclavunos), their parts sometimes blended together, too (although they did often trade different percussive roles). It just feels weird that an eight-piece band that is quite capable of using each member quite well could just as easily been cut down to a four- or five-piece for the show and hardly anyone would have noticed the sonic difference.

It was fun to see the band play more rocking versions of their songs, but I view it is a harsh trade-off that might not have worked totally in their favor. I felt their complexity was often absent. In the same vein, Cave's more melodic and beautiful vocal tendencies were traded in for his raunchier, darker, and slightly sloppier side. It fit with the music, but I value both sides to his swagger. However, much as I'm complaining, I still recognize that this is simply a byproduct of the band growing and transitioning. Perhaps I should be glad that a 25-year-old band can still grow, although certain elements are quite reminiscent of their earliest records.

Despite the general noisier tone to the concert, both "God Is in the House" and "Nobody's Baby Now" were performed closer to their more melodic studio versions. "The Mercy Seat" and "Deanna" were both rousing renditions of classic tunes, and "More News from Nowhere" was treated with an especially good performance. To solidify which side of things Nick Cave was on for the show, his encore included the rough "Hard On for Love" (complete with references to Lazarus and Leviticus) and closed with what is perhaps the crudest song in the band's oeuvre, "Stagger Lee". 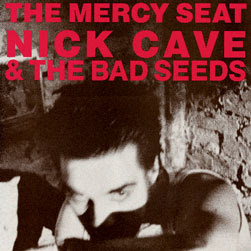 Even if I have some misgivings about some of the angles with which the band approached the performance, I had a lot of fun, and the concert totally rocked. The instrumentation got a bit mixed up in the delivery, but most of the songs turned out fine, and several were great. On the whole, this was a very good concert.

P.S. Thanks to Keagan for getting me a ticket and for providing his perspective and domain knowledge. Actually, thanks to Niza and "the Czech", too. The input of all three helped me write this review and the last.
Posted by Patti at 5:41 PM

This time around he was much, much sleazier. Which worked, at times. I too was sad Blixa wasn't there - he really helped make my experience in 02.

Yeah, quite a shame about Blixa. I love that guy so much. Anyway, I thought Cave did a good show, but I agree that he mostly focused on one side of his music (the sleazier, creepier side) and that had it's ups and downs.

found this review at random. saw the same tour later in Australia, and i would say that your comments reflect my experience as well. the Abattoir Blues Tour was exquisite in its delivery; at times i closed my eyes just to listen. this tour i on occasions ducked my head behind the people in front of me to escape the noise. the lighter touches of the band have been sacrificed for Ellis and Cave pissfarting around to their own amusement. i don't blame Mick Harvey for leaving.

Thanks for reading! I did enjoy the show, hence the B+, but I did think that at times Cave and Ellis went a little out of control at the loss of the other musicians. If they do choose to continue in that vein, it probably will sound cool, but it does render Harvey somewhat useless. Too bad.