This past weekend I had the rare pleasure of road-tripping up to Chicago with some friends to see not just one of my favorite bands, but two. Here's the first one:

I've been a fan of My Bloody Valentine for years, but I'd counted them amongst the many bands that had stopped making music and that I would never, ever see a performance of. The band never did actually break up; it was just that after recording Loveless (1991) and spending forever to make a new album, they just stopped functioning. Frontman Kevin Shields has often talked about reissuing this or that album or EP or unreleased thing, but finally his band has made some real progress and has decided to regroup and do an international tour. I was lucky that one of their five US dates happened to be within 300 miles of my residence. 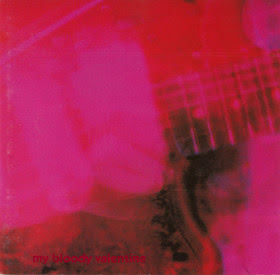 Anyway, I got their fairly early and had a fairly good spot on the ballroom. The opening act, Hopewell, came on stage early at about 7:50pm. The five-piece played for about 40 minutes. I'd never heard of them before, but then again the opening act had never been announced before the show – it was a complete surprise. Their version of rock, a bit psychedelic, a bit indie, a bit noisy, and a bit dancey, was rather enjoyable and worked well as an opening act for a beautifully noisy rock band. One of my friends particularly enjoyed the selection of a Jane's Addiction cover as the closer.

My Bloody Valentine took their sweet time to hit the stage. It was about 9:15 by the time they came out. The members, by now certainly in their 40s, still look good and have largely kept their heyday looks. Kevin had a large array of pedals and switched guitars for just about every song. Belinda Butcher remained much more constant, using just a few guitars and pedals. Debbie Googe kept to the same bass for every song but one, and Colm Ó Cíosóig didn't bring out any surprises behind his drumset, except for maybe a few samples that would take a little much trickery to play live (although they could have hired a keyboardist).

The choice of material wasn't really a surprise, either. They played over half of their acclaimed second album, Loveless, and four songs each from their first album, Isn't Anything (1988), and the preceding You Made Me Realise EP. Despite playing every song but one from that EP, nothing from their other numerous other EPs and mini-albums appeared. I'm not trying to make a big deal about it, but it is a slightly odd distribution. Regardless, I am complaining that their setlist hasn't changed for several concerts and the previous ones had only a few alterations. I would have loved to hear "Sueisfine" or "Sometimes", but the songs that they did perform were well-chosen. 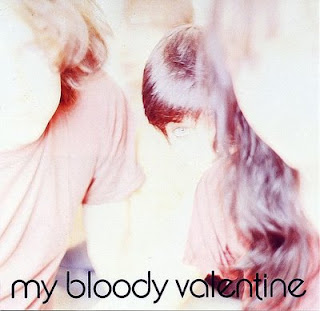 Much as most of these songs really rocked, I can't get over the fact that the general sound was pretty monotonous. I was able to recognize each song and catch the different parts, but the vocals were mixed so low (even lower than on the records!) that I barely caught a word more than "slow" from the song of the same name. The guitars sounded awesome, but at the same time were often just slightly distinguishable tones. I could barely tell that they were playing "Only Shallow", which on record is such a distinctive song. At other times I had to just focus on the bass to tell what was going on. One of my co-attendees was a total neophyte, and she gave the clichéd but appropriate criticism that it all sounded the same.

The one big "trick" that My Bloody Valentine is fond of pulling in concert is extending the closer, "You Made Me Realise" into a 25-minute so-called "holocaust", in which the bridge is converted from a noisy one-minute drone into a 23-minute sonic assault. Even my co-attendee that was a fan was left unimpressed. I knew what was coming, since they've pulled this at every show they've done since the 90s, but it was a bit much. I understand the purpose – getting lost in the intensity could be quite an interesting mental and physical sensation, but my mind just wandered and I'm surprised I didn't get impatient. It was an experience, even slightly enjoyable from my perspective, but I can't recommend it to anyone but noise musicians and curious meditators. 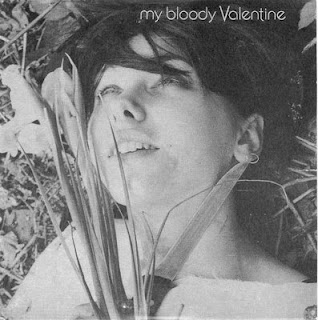 Both the holocaust and the general noisy distortion are only enhanced by the extraordinary volume of the concert. The band is considered to be one of the loudest ever and the doormen to the venue gave out free earplugs with an appropriately strong recommendation. The whole intensity of the thing is further amplified by the annoying lighting. Throughout the whole concert, during just about every song, the stage lights are directed at the audience and often strobe brightly into their eyes. I know the band are pioneers of the Shoegazing genre, but I prefer to be able see the bands I pay money to see. Again, I understand that it's their "thing" to be so unengaging, but they said all of two things to the audience throughout the whole night: a thank-you from Belinda followed by a barely sincere "Yeah, thanks" from Kevin.

In spite of all my criticisms, I still think the show rocked. It was flawed and I really wish they'd do some new material, but it was awesome to hear Debbie fuzz out her bass far more than as heard in the studio versions and then rock out in her part of the stage. Colm was active, but he is a drummer and the band's music videos sure made it seem like he was the only one capable of movement anyway. The songs were all well-performed (except for a slightly off-beat sample in "Come in Alone") and it was fun to see Kevin trade his guitars for all his different tunings and sounds. He even got out an acoustic for "Cigarette in Your Bed".

I'm quite happy that had I had the opportunity to see My Bloody Valentine in the body, and it was a whole lot of fun. Their 75-minute set was fairly rocking, the opener was good, and I'm not really surprised that the gig was sold out. I just wish they weren't quite so seemingly distant... and apparently unwilling to do an encore.

Score: B-
[Retrospective score for Hopewell: B+]

The only way I survived were the free ear plugs, here's my review of the Chicago show: http://thedeadhub.com/a-journey-through-space-with-my-bloody-valentine/