In my last review of a Chameleons reissue, I lamented that the John Peel Sessions had not been given the remaster/reissue treatment. For years, my only copy was on cassette! Well, my dreams have been answered and that band are now selling a new version of the album on their official web store. I will discuss two issues in this review: first, the relative merits of the album in general, and second, the relative quality of the new reissue. 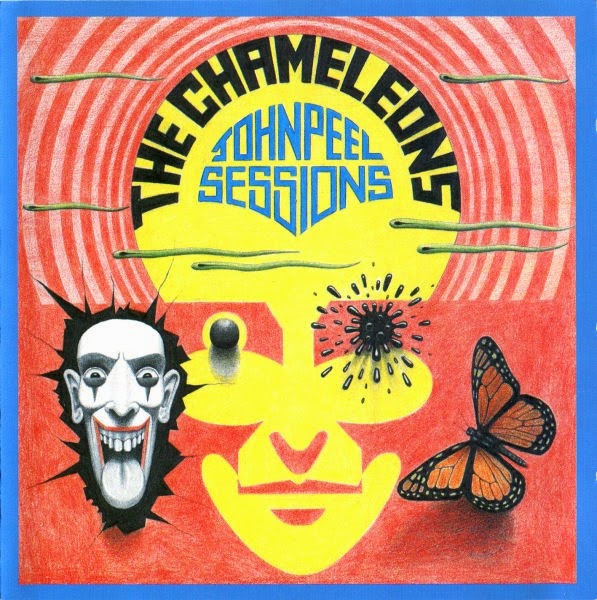 Peel sessions have quite the revered status in the alternative music canon. While these radio sessions are not actually live, they are usually much closer to the sound of a band playing on stage than standard studio albums, and they benefit from the exquisite quality bestowed by the BBC studios. This means that any given band's sound will be a bit rawer, a bit more direct, and yet captured such that the fidelity is far beyond your average live recording. Many bands have claimed that their studio albums failed to accurate represent the power of their live performances, but their Peel sessions often got much closer. One could certainly make such an argument for the Chameleons.

Although the Chameleons' earliest demos and studio recordings show a rock-oriented, riff-heavy approach, hints of their later ethereality and spaciousness were present as early as their December 1981 session with Steve Lillywhite, particularly in the recording of "Nostalgia". Their debut album, Script of the Bridge (1983) was fairly split between the two sounds, but by the time of What Does Anything Mean? Basically (1985), they had clearly declared a preference for shimmering guitars, endless delay effects, and beauteous walls of sound instead of a direct guitar onslaught.

The John Peel Sessions recordings show the band covering much of the same ground as these two albums, but leaning in the direction of a more "live" sound, with fewer overdubs and less complex effects. This is not to say these versions have no subtlety or depth; rather, the complicated guitar interplay is shown off all the more clearly when the two main interlocking parts of Reg Smithies and Dave Fielding are highlighted without many adornments. These takes manage an excellent middle ground between the rough, unsophisticated live albums and the ornately arranged studio albums, and to top it off, the audio quality is practically unmatched.

The other selling point of this album is that many of these takes were recorded one or two years before the "final" studio versions, and as such contain many differences from those versions. The most obvious is that the first session, comprising the first four tracks, was recorded with original drummer Brian Schofield, and his style is noticeably different than later drummer John Lever's. Furthermore, several songs ("Perfumed Garden", "Return of the Roughnecks", "Intrigue in Tangiers", "P.S. Goodbye") feature almost entirely different sets of lyrics (and in the first two cases, even variations in the titles). Almost all of the songs feature some variation in the lyrics; in "Looking Inwardly", Mark Burgess shouts, "I don't need these lyrics!", and in "Nostalgia", it sounds like he sings, "Absorbing your worst".

Some tracks are presented in alternate arrangements: "Nostalgia" is quite different, resembling the 7" edit but lacking even the third verse (and the piano part); "Second Skin" is noticeably faster and shorter than other versions; "Intrigue in Tangiers" is shorter and less developed in the final sections; and "P.S. Goodbye" is notably half the song it would later become, with a simpler arrangement and without the third verse and extended coda. Other tracks have more subtle differences; "The Fan and the Bellows" has fewer guitar overdubs and "Don't Fall" has fewer vocal overdubs, but "One Flesh" features more prominent, reverberant drums. 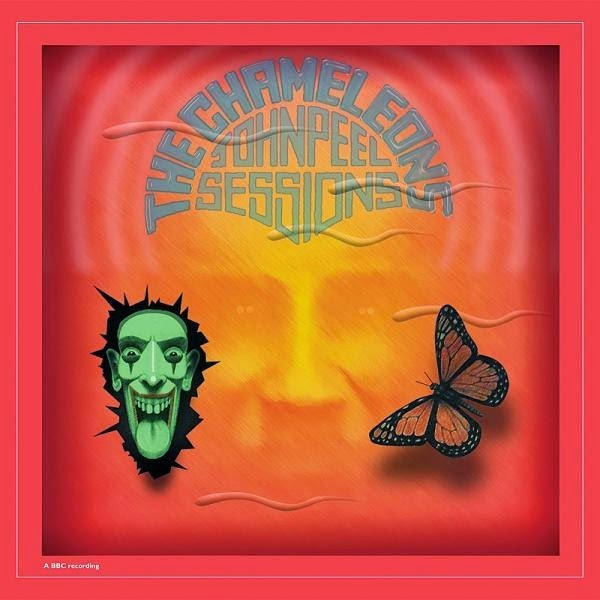 The new version of the album features no additional tracks (when will the radio sessions from Here Today... Gone Tomorrow get reissued?), but it is nonetheless worthwhile to have the album in print again. The most obvious change is perhaps the artwork (see above), which has been retooled by Reg Smithies. Much as was the case with Script of the Bridge and What Does Anything Mean? Basically, the changes are not vast but manage to be a slight downgrade. Why change a good thing?

The next most obvious change might be the liner notes – they are revised from the original, in particular excising any mention of Alistair Lewthwaite, who provided keyboards on the second session (tracks 5-8). They also cut the original essay by Mark Hodkinson and the inner sleeve photograph (both still available on the official website), although the lack of the essay is probably fine, what with the annoying opinions ("Nostalgia" was "never a personal favorite") and inaccuracies (Yoko Ono was indeed at her husband's side when he died). In place of these items is a collage of photographs of the band in their heyday, supplied by Dave Fielding. It is pleasant but unremarkable.

Of course, the primary reason for the reissue is that it was remastered. Well, much like with the Why Call It Anything reissue, the remastering is fairly insignificant. It seems to simply be moderate compression and amplification. It is not egregious or disruptive, but it also adds nothing to the original, and in fact might even lose something in terms of dynamic range. Most listeners will probably not be able to discern a difference if they were to merely increase the volume on the original just a touch.

I've always found the John Peel Sessions to be a nearly essential part of the Chameleons canon, rising above most of the various live albums and outtake/demo compilations. I might prefer the band at their more ethereal and reverberant, but I think these versions tell a fascinating alternate history. The quality is superb and this collection is a generally more interesting listen than most of the actually live recordings. The alteration of the cover and liner notes might be annoying, but represents no great loss. Similarly, the remastering may be unspectacular, but it is also unobtrusive. It's still a great album and worth a listen.

P.S. See discogs for more details of the packaging and liner notes.

P.P.S. No, I haven't bought the 2014 Abbey Road remastering of Script of the Bridge. I'm still happy with my 2008 reissue with the bonus disc.


P.P.P.S. I still haven't seen a reappearance of the rare early version of "Here Today" released on the Your Secret's Safe with Us compilation in 1982. The audio quality is noticeably inferior to both the earlier Peel session version as well as the later Script of the Bridge version, but the drums are different than both versions. (Perhaps it was recorded with interim drummer Martin Jackson?) Otherwise it isn't particularly notable.
Posted by Patti at 11:46 PM

Thanks for the review...also remember a few things. The Peel Session was culled from a digital source from what I have gathered. While Script was culled form the tapes, and at Abby Road studio. I cannot say how the new issue of Script compares to the 2008 pressing with bonus disk, but on vinyl it has all the fullness and sound I have been missing. I think I can compare the original Script CD to my Mp3 and report back....but this was meant to be heard on plastic anyway...

Thanks for your thoughts. Do you remember where you saw that the Peel album was digitally remastered? At any rate, you may be right about the mastering techniques -- I have not investigated these matters to that extent and my analysis did not consider the issue of vinyl vs. digital.

Nice review! Just ordered this CD along with the collector's editions of WDAMB and WCIA, to match my 2008 edition of Script. I've owned these digitally forever, but they're my favourite band so I figured I'd make a thing of collecting these new-artwork/remastered versions. I wonder why Strange Times hasn't received this treatment; I'm hoping it's coming, but maybe it's more likely there are some rights issues since that one's owned by Geffen?

The new Script remaster's vinyl only, while the 2008 was CD only, if I'm not mistaken, so I think that's the point there. I think it'd be really damn cool to have their 3 main albums in new Abbey Road re-mastered vinyl editions, with the original artwork like that... but I don't even own a record player; I'm not gonna rush to drop $65 CAD on Script. :P

Anyway, assuming you got this off the Chameleons webstore... why no review of the free key ring? ;)
I'm so excited to attach my keys to that thing.

I don't know what the deal is with Strange Times, but that was the first album by the Chameleons I bought as it was still in print and really, really cheap on Amazon for years! It'll probably get reissued some day. In the meantime, it looks like the same version I bought (a "limited edition" which several bonus tracks) is still on Amazon (US) for $6 new.

I love records but I hate when they are twice as expensive as CDs. I also don't like the idea of splitting a 12-track album across 2 records -- so much flipping!

I forgot about that keychain! I mean, it's nice but I'm not using it at present.

Hey Patrick, if you're not using it, let me buy it off you :) I can't believe I missed my opportunity of getting my favorite album cover of all time on a Keychain!