Four years ago, I saw The Shivas play in a small venue during South by Southwest, and I was immediately taken in. When I heard they'd be playing at a bar in my neighborhood, the same place I just saw Love'n'Joy, I couldn't resist. 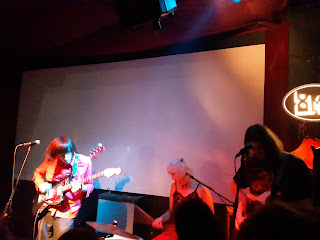 The Shivas wasted no time in kicking off their dance party. Every song they played was high-energy, upbeat, and instantly danceable. Most of their songs could be broadly described as garage rock, but there bits of surf, rockabilly, psychobilly, instrumental guitar grooves à la The Ventures, 50s/60s pop rave-ups, and brief psych jams. Their songs were short and didn't stay in one place too long; they employed tempo shifts, copious harmonies, and driving beats to keep things interesting. They appeared as a four-piece this time around, and for several songs in the middle, the second guitarist took over on drums to let the drummer stand up and sing lead on a few songs. They only played for an hour, but that was easy to forgive in consideration of how impressive it was to watch them keep up such a level of energy. 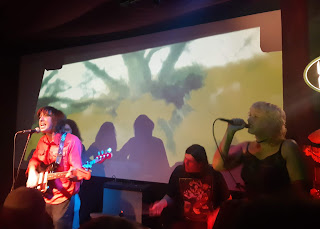