Introduction: After how exhausted I was after SXSW last year, I wasn't immediately sure I wanted to go again. But as soon as the lineup announcements started coming, I knew there was no way I was going to say no this year! I bought a wristband as soon as they went on sale, so I got the early-bird $30 discount that I didn't know about last year.

For my first day at the festival, I figured I would just check out a couple bands and make it an early night. It might not have been a big, exciting day for me, but I was pleasantly surprised to run into Fally from I Heart LocalMusic! Considering how few people I really know in Austin, I could hardly believe that I could run into a friend on the street.

Fotogramas (at Icenhauer's): I was really excited about this Chilean shoegaze/indie band based on their great song "Algo", but seeing them live, it was as if they were an entirely different band. The singer/rhythm guitarist was in decent form, and the bassist was solid, but the lead guitarist was low in the mix and rather unspectacular. The atmospherics and big sound that I was expecting were replaced with steady, unceasing guitar chords and bits of ineffectual lead parts. Even worse was the drummer: he couldn't hold a beat. He certainly tried to pull out a number of rhythms, but they regularly failed, and I'm surprised some of his more obvious mistakes didn't throw off the rest of the group. Tellingly, the recorded version of "Algo" featured a drum machine. 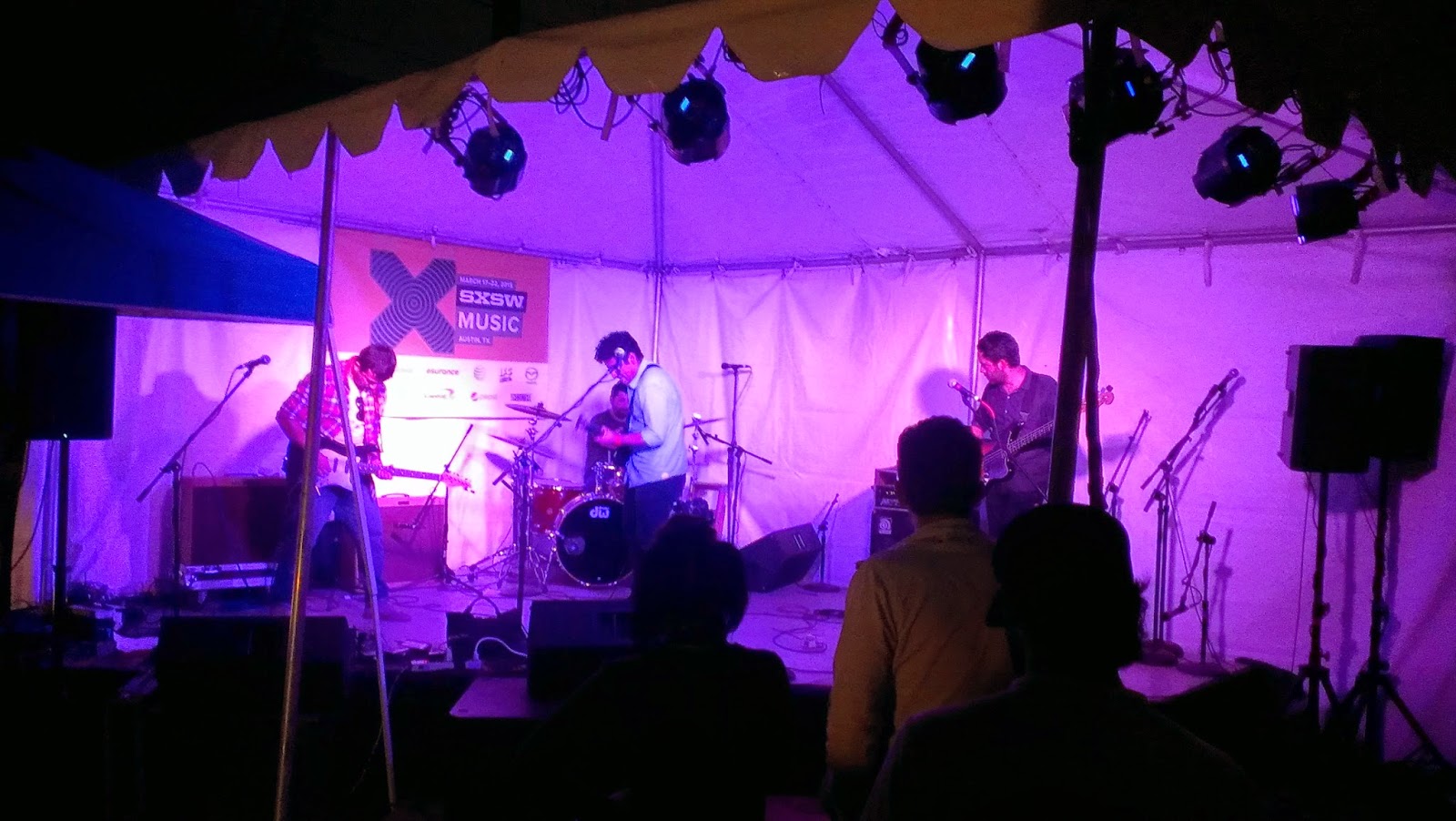 Marineros (at Icenhauer's): I didn't have any big expectations for this two-woman pop duo from Chile, and when they struggled with sound problems for 15 minutes, things weren't looking good. But once they started their set in earnest, I was immediately eased into enjoying their honed skill. Although they relied on rather unexciting preprogrammed backing music, the guitarist's tasteful style kept me entranced. She had an amazing ability to get the most out of a few simple effects without letting them overwhelm her sound. Her parts fit the grooves perfectly, and it was a thrill to see her break into a bigger riff when the songs demanded it. She took a single solo that was executed perfectly. The other member did most of the vocals, and while she was also talented, the highlight was when both members sang in harmony. Their tunes might not be complicated or revolutionary, but their effortless abilities had me hooked. 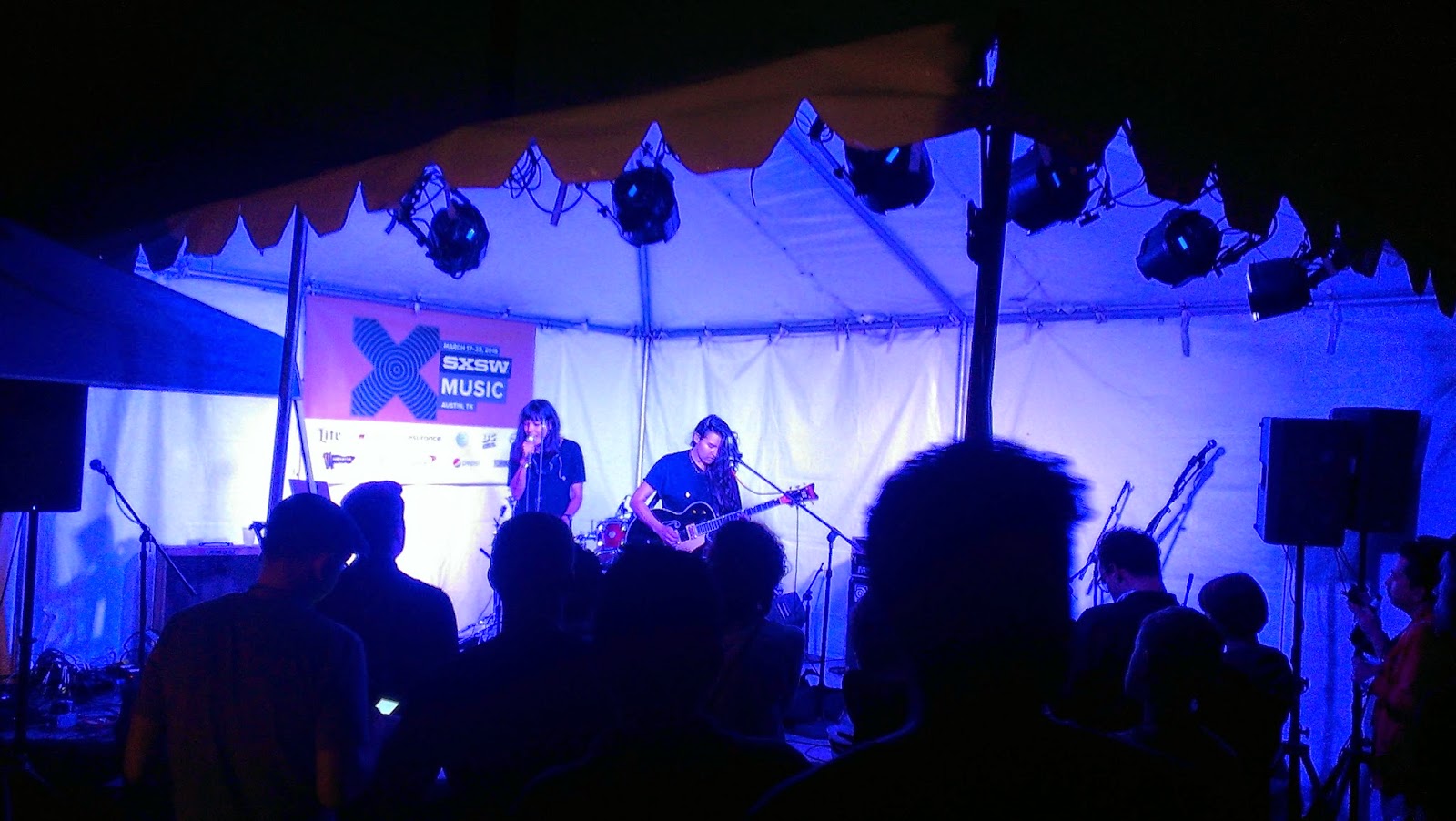 Dead Leaf Echo (at Cheer Up Charlie's): This band seems almost too deliberately caught in the mold of My Bloody Valentine. While I love the sound of heavy, driving, spaced-out shoegaze, I couldn't help but feel like they were copying the classics a little too closely. Nonetheless, the ethereal vocals of the singers fit in just right with the thick guitars. They had the texture down to a science. For some reason, they were playing at a deafening volume; yet again, a classic shoegaze cliché. 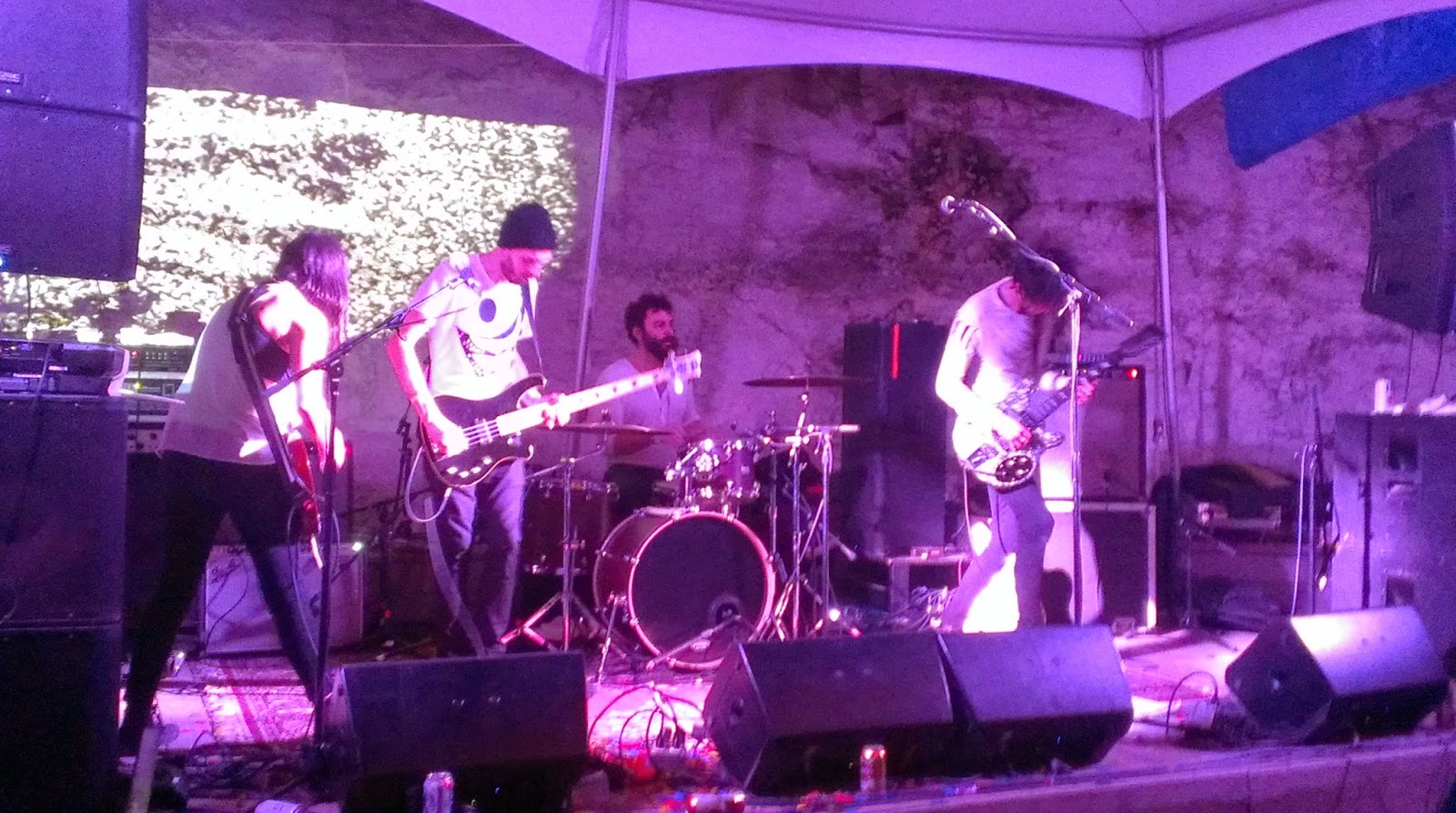 
P.S. Cheer Up Charlie's is apparently the first place in Austin to carry Club-Mate. I had no idea it was even available in the US! I haven't had it since I left Germany almost five years ago. What a treat!
Posted by Patti at 4:46 PM